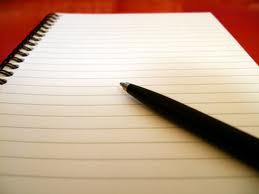 You may have no idea what I’m talking about. When I was still single and highly interested in a certain Jesus-loving female, an older mentor of mine encouraged me to make a list of everything I would want in a woman. Thankfully, that special someone on my heart ended up meeting all the desirables on that list and soon ended up becoming my wife ;). Later she argued that  because I already liked her I basically just wrote down a list describing her. Whether that was the case or not though is irrelevant. The point is, I had a list.

Now, what I’m not saying is that every Christian single needs to make a list like I did. I’m simply using it as an illustration. While I won’t tell you everything that was on my list, I will tell you one…

This may seem ridiculous and really it is. Would I really marry someone, or should I say, some thing that wasn’t human? Of course not. It’s so absolutely out of the question that it shouldn’t even be on the list. It’s a given that a human being is going to marry another human being. (It also should be a given that a man is going to marry a woman, but that is another topic for another day.) For a marriage to take place, life must match life. What do I mean?

Dog is man’s best friend. But a man is never going to marry a dog. There simply isn’t a match in life. A man can’t come home and truly confide in his dog the issues and troubles he has dealt with throughout the day. Not to mention his hopes, dreams, and desires. First of all, the dog can’t even talk. Second, even if he could the dog would probably respond with something like, “I’d really like some bacon strips now.” A dog could never be a suitable counterpart for man, simply because they do not have the same life.

Now to cut to the chase… Why do you think it would be any different for God?

We’ve been blogging through a series on the Divine Romance here at EachOneHas.com. One of the first things we established was that since Adam was made in the image of God (Gen. 1:26) and was a type of the coming Christ (Rom. 5:14), by implication what is true of Adam in Genesis 1-2 is a shadow of what is true of God Himself. (Especially before sin enters the picture in Genesis chapter 3.)

The Bible is a Divine Romance, a love story between God and His chosen people. But there can only be a marriage when there is a match in life. Adam had God’s image, but he didn’t have God’s divine, uncreated, eternal life. (Simply known as “zoe” in Greek – see Zoe Life Part 1 & 2). What do you think the tree of life was? This wasn’t a garden of Eden peach tree we’re talking about. This was the embodiment of the very life of God made available to man, from which he was also cut off from after the fall (Gen. 4:22-24, Eph. 4:18).

Why do you think Jesus came? He did not come simply for redemption, though we will surely praise the Lamb of God for eternity because of it. What I mean to say is that redemption was not the end in itself, but a means to the end.

“…life as God has it, that which the Father has in Himself, and which He gave the Incarnate Son to have in Himself… Eternal life is the present actual possession of the believer because of His relationship with Christ, John 5:24; 1 John 3:14” -Vines Expository Dictionary

Christ came and gave Himself up for the church, righteously opening the way for His chosen people to be justified before God. Why? That we might finally partake of the right tree, the tree of zoe, and have God’s life. Why? So that we can marry Him. In this way He has a suitable counterpart for His glory, a corporate bride that matches Him, loves him, and chooses Him above all things in the midst of a rebellious and dark universe. (see The Black Background of the Divine Romance)

God is Husband, His chosen people His bride, and the Bible is a Divine Romance.

Got something to say? Go for it!